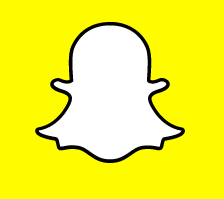 Snapchat is one of the most popular social media apps being used by teens today with an estimated 150 million users, 70% of those being female.  This Smartphone based app allows the user to send photos, videos and text messages  to another person with the understanding that they “disappear” after 10 seconds.   We have found that this leads to a false sense of security where our youth are sending discreet and sexual photos and videos as well as inappropriate text message (aka “sexting”) to others because they believe they can’t be saved.  However, that is simply untrue.  There are multiple ways to save the data, the most simple being to screen shot, a very common practice among teenagers.     Additionally, WBPD officers have had multiple investigations initiated due to relationships developed on Snapchat that resulted in the distribution of sexual photos of children.  To read more about the dangers of  Snapchat click this link.

This message is only visible to admins.

Error: An access token is required to request this resource.
Type: OAuthException
Solution: See here for how to solve this error